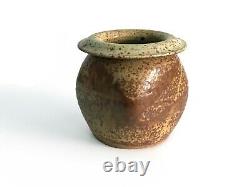 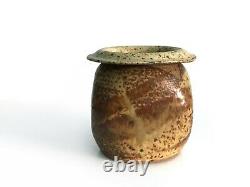 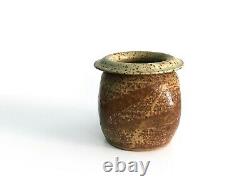 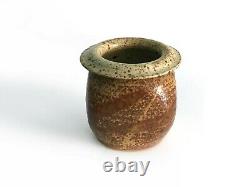 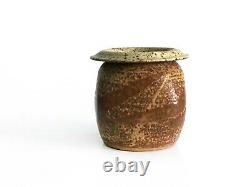 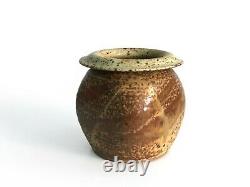 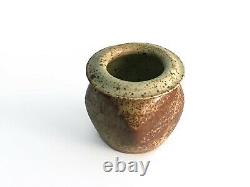 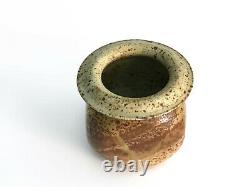 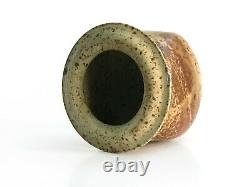 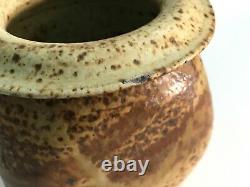 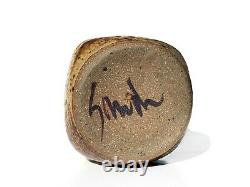 Thrown and altered stoneware pot. Squared body with large flared round rim. Stands 3½ tall and measures 4? Signed by Smith on the bottom. There is a very small chip in glaze on the outer rim, refer to photos.

In overall VG+ vintage condition. Tom Smith was born in Pennsylvania in 1933. In 1957, he received his bachelor's degree from the University of Pennsylvania.

He went on to teach for two years and in 1959 began graduate school at New York State College of Ceramics at Alfred University. He studied under several highly regarded studio potters; Daniel Rhodes, Robert Turner, and Val Cushing.

After receiving his MFA in 1961, he stopped making pottery to participate in political activism full-time. It was not until 1971, when Smith moved to Canada he began working in clay again.

Smith relocated to Saint Andrews and in the summer of 1983 opened. A full-time studio, retail space, and gallery which he operated for 30 years.

For decades, Smith's work has appeared in exhibitions, museums, galleries, and private collections worldwide and earned several prestigious distinctions. In 1992, he received The Strathbutler Award for Excellence and in 1999 was elected to the Royal Canadian Academy of the Arts. This item is in the category "Pottery & Glass\Decorative Pottery & Glassware\Vases". The seller is "abzxycvtg" and is located in this country: US.