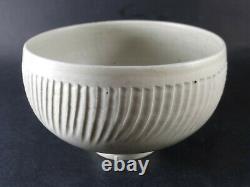 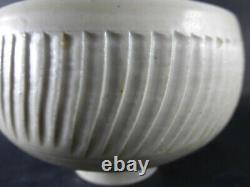 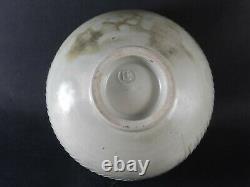 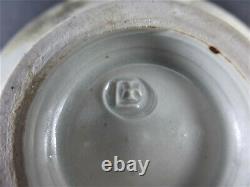 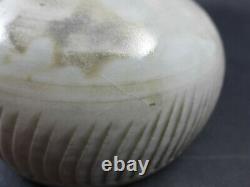 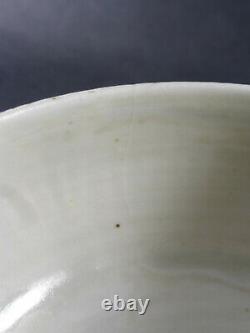 Apart from a minor star crazing and a fine hairline, it is in good, original condition - no other damage. Interestly, it still rings like a bell. Please refer to close-up pictures to assess glaze effects and condition as they form part of the description. Please excuse the camera reflections. Item will be well packed Second Class Signed For at cost price.

David Leach, son of Bernard Leach, was taught to pot by Shoji Hamada. In 1930 he began an apprenticeship with his father at the Leach Pottery, St Ives, Cornwall, where he stayed, on and off, for twenty-five years. In 1953 he became head of the ceramics department of Loughborough College. He then started the Aylesford Pottery in 1954, handing it over a year later to Colin Pearson before moving to Bovey Tracey in Devon, where he set up Lowerdown Pottery. In 1987 he was appointed OBE for his work in studio pottery and his services to education.

David Leachs work can be found in the Victoria & Albert Museum and in many public, private collections. The item "Vintage David Leachs Lowerdown Studio Pottery Signed Bowl Son of Bernard Leach" is in sale since Monday, November 1, 2021. This item is in the category "Pottery & Glass\Decorative Pottery & Glassware\Vases". The seller is "happypotcollecting" and is located in Dorset.