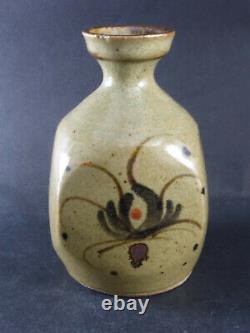 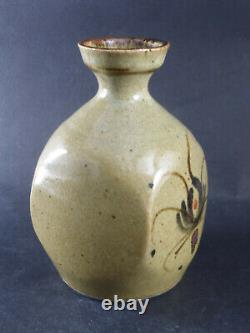 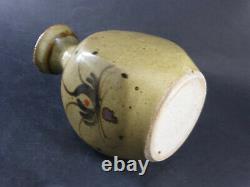 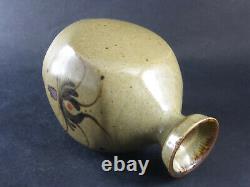 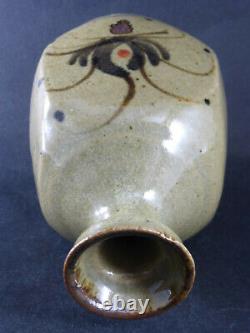 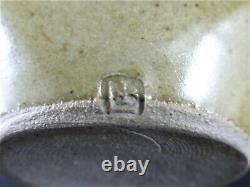 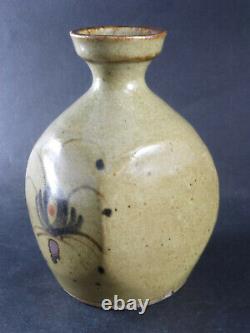 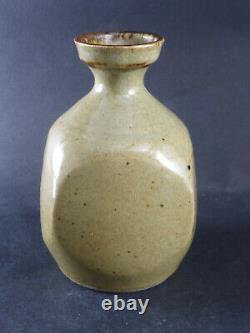 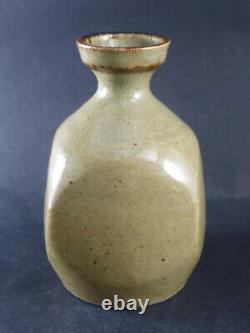 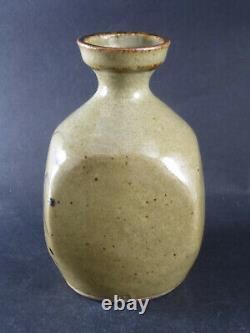 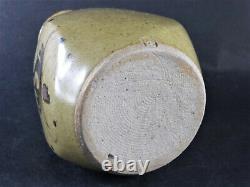 Vintage David Leach Lowerdown Studio Pottery Signed Vase Son of Bernard Leach St Ives. David Leach, son of Bernard Leach, was taught to pot by Shoji Hamada. In 1930 he began an apprenticeship with his father at the Leach Pottery, St Ives, Cornwall, where he stayed, on and off, for twenty-five years. In 1953 he became head of the ceramics department of Loughborough College. He then started the Aylesford Pottery in 1954, handing it over a year later to Colin Pearson before moving to Bovey Tracey in Devon, where he set up Lowerdown Pottery. In 1987 he was appointed OBE for his work in studio pottery and his services to education. David Leachs work can be found in the Victoria & Albert Museum and in many public, private collections. This is a beautifully hand thrown and altered squared form vase decorated with brush work floral motifs, believe to be made by David Leach, impressed with his Lowerdown Pottery mark. It is in excellent, mint, original condition - no chips, cracks or restoration. Approx size: Height 13 cm, 7cm widest. Item will be well packed Second Class Signed For at cost price. The item "Vintage David Leach Lowerdown Studio Pottery Signed Vase Son of Bernard Leach" is in sale since Saturday, July 24, 2021. This item is in the category "Pottery, Porcelain & Glass\Pottery\Studio". The seller is "88pots88" and is located in SW.