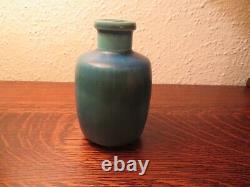 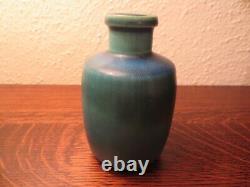 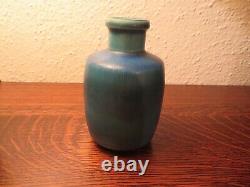 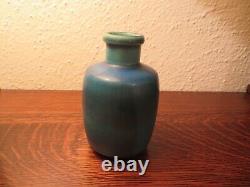 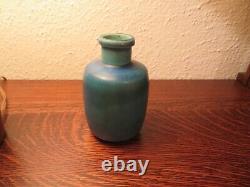 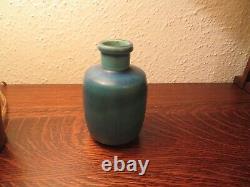 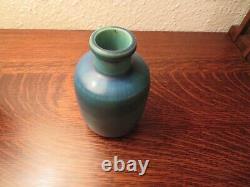 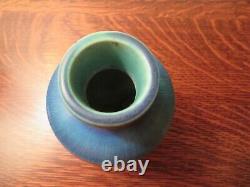 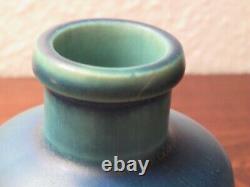 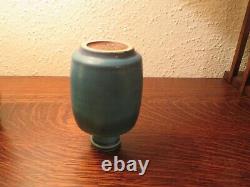 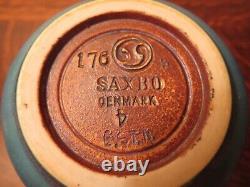 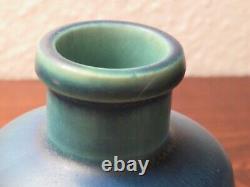 Nathalie Krebs chose to pursue chemistry, which was an unusual career choice for a woman of that era. From an early age she showed an interest in colors. In 1913, at the age of 18, she went to Copenhagen to the Polytechnic College, from which she. Graduated in 1919 as a chemical engineer with color chemistry as a specialty. Upon graduation, she went to work at Bing & Gr. Ndahl Porcelain Factory, where she worked in engineering and perfected her mastery of glazes on porcelain and stoneware. During her ten years at Bing & Gr. Ndahl, she worked with a number of artists, including her work on matte porcelain with. Jo (hanne) Hahn Locher, who was a painter and signing artist at Bing & Gr.

While at Bing and Gr. Ndahl, Nathalie Krebs met Gunnar Nylund, who joined the factory in 1925.

By this time, she wanted to. Work more with contemporary stoneware production, and since Bing & Gr. Ndahl only fired stoneware three times a year, she and sculptor Gunnar Nylund decided to start their own workshop under the name Nylund & Krebs.

In 1929, they rented premises from the renowned ceramist Patrick Nordström in Islev. Although Nathalie Krebs was a chemist, she thought as a potter and had a strong sense of color, texture and form. Her technical achievement as a chemist was that she managed to develop a series of glazes that could be repeated without excessive color differences, making them suitable for series production. She drew particular inspiration from nature and gave glazes names such as plovers' eggs, snake skin, field mice, hare fur, birch bark or eggshell.

The distinctive, slightly streaked or speckled "Saxbo Glaze" with variations of brown, green, red and white shades have parallels in Chinese stoneware. Later she created a more rustic, Japanese-inspired production of more robust forms and coarser textures covered with transparent lightly colored glazes. She founded Saxbo on the premise that if chemical formulations could be replicated perfectly at every firing, exquisite art pottery could be made available commercially at affordable prices. Gunnar Nylund, after Nathalie Krebs, was the individual most influential in first establishing the Saxbo style and reputation for quality. Nylund was born in Paris in 1904, where his Danish mother, the artist Fernanda Jacobsen-Nylund and his Finnish-Swedish father, the sculptor Felix Nylund, were studying.

In 1907, the family moved to Copenhagen, moving later to Helsinki, where Nylund attended elementary school. When civil war broke out in Finland, he moved with his mother in 1918 to Denmark and continued his studies at boarding school. Following graduation in 1923 and completing an architecture internship and studies in ceramics in Helsinki, he started studying architecture at the Royal Danish Academy of Fine Arts in Charlotteborg, Copenhagen. He became practiced in sculpture by assisting his father Felix, who encouraged him in the study of animals.

Nylund did some extra work at the Bing & Gr. Ndahl Porcelain factory, designing new products for a Paris exhibition. He was then offered full-time employment by the company and as a result gave up his architecture studies. Ndahl, his mentor was Paul Gauguin's son Jean.

Nylund created a few thousand unique pieces at Bing & Gr. In March 1929, what was to become Saxbo began life as Nylund & Krebs - using the names of the two founders.

Following the departure of Gunnar Nylund, Nathalie Krebs adopted the name Saxbo for her workshop. Collaboration with BO was reflected in the name Saxbo, but Nathalie Krebs rejected this notion, saying that the Saxbo name was chosen because it was easy to say in any language and not related to anything specific. Early pieces bearing the Saxbo name incorporated the kilnmark used by Nylund & Krebs.

Beginning in 1937, Nathalie Krebs. Began using a shop mark based on the Zodiac sign Cancer (Krebsen), which reportedly alluded to her name and indicated her direct involvement in the workshop's output, even though she was not directly involved in the stoneware production process. For the first year and a half after the departure of Gunnar Nylund, Saxbo functioned without an artistic director. During this time, Nathalie Krebs worked intensively to.

For a period of one and a half years, beginning in 1932, Axel Salto worked at Saxbo on large vases and small openwork cylinder vases with trees and deer, inspiring Nathalie Krebs to create signature glazes such as "hare fur" and bird feathers. In June 1932, Nathalie Krebs took what was perhaps the most important decision in the history of Saxbo by hiring Eva Staehr-Nielsen n. E Wilhjelm, a woman 15 years her junior and a recent graduate of the Kunsthåndværkerskolen, which.

Produced other famous ceramicists of this generation, including Christian Poulsen, Gertrud Vasegaard, and Edith Sonne Bruun. Grew up in a creative environment. Her father, a landowner and trained as a bookseller, arranged some of Denmark's first tourist trips and later became head of the Danish Travel Agency. Her mother was one of the first women who went to the School of Art School for Women, but she did not work as an artist after her marriage. Her uncle was the painter Johannes Wilhjelm. She knew early on that she wanted to be a potter, but her parents thought she should have a high school diploma, so she completed her studies at Marie Kruse's School, after which she went in 1930 to the newly created Arts and Crafts School (Kunsthåndværkerskolen), which was in the pavilion at the Museum of Decorative Arts. There she met the sculptor Olaf Staehr-Nielsen, 15 years her senior, who greatly influenced her life and artistic development. They were married in 1935 and had over the years a fruitful relationship of mutual artistic inspiration. In 1932, Eva Staehr-Nielsen came to Saxbo as a volunteer. This classic bottle form vase is an outstanding example of the artistic partnership between Nathalie Krebs and Eva Stæhr-Nielsen. The sleek form designed by. Stæhr-Nielsen is Model 176, and the turquoise glaze it carries so beautifully. First developed by Krebs in 1931, is one of Saxbo's most sought-after. This piece carries the Saxbo shopmark used from the early 1950s until its closure in 1968. The upside down number 4 on the piece suggests that this piece was likely produced in 1962. This piece carries the incised E. Eva Stæhr-Nielsen, along with the thrower's mark of Ove "Musse" Larsen, who threw pots at Saxbo from 1956 until his retirement in 1966. The dimensions of this elegant pot are 5 inches high and approximately 3 inches at the base, narrowing to just 1.5 inches at the mouth.

Although this is a piece of first quality Saxbo, at some point in its sixty year life it sustained damage to its lip and was repaired. The pot displays extremely well as is, but buyers could also consider professional restoration to enhance its value.

Please see photos for further details on condition. The bulk of my collection is Danish stoneware from the 1920s into the 1970s. The bulk of my Danish collection consists of Arne Bang, Saxbo, Jais Nielsen, Nils Thorsson, Erik Hjorth, and Ejvind Nielsen.

I have done extensive research on these and other artists and workshops and would be happy to share that with interested buyers. I also have substantial collections of American, French, Belgian and other 20th century northern European art pottery. Over the coming months I will be listing a wide range of pieces from my collection. Please check out my other listings and add me to your list of saved sellers to receive notification of new.

This item is in the category "Pottery & Glass\Decorative Pottery & Glassware\Vases". The seller is "potsandplates" and is located in this country: US. This item can be shipped to United States.