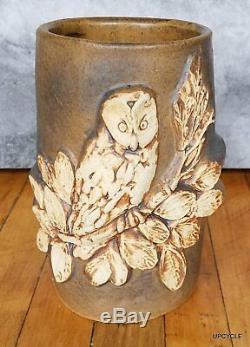 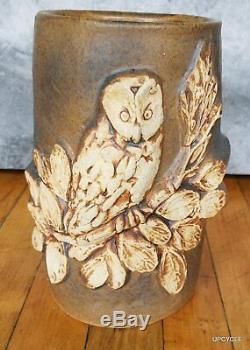 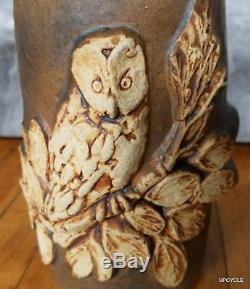 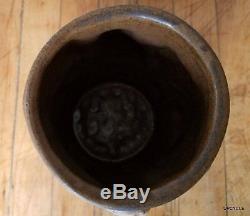 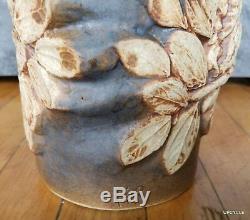 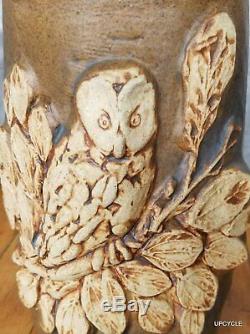 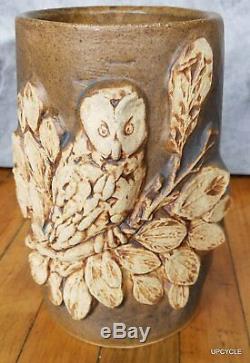 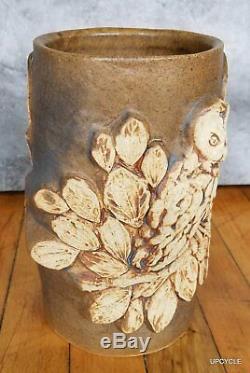 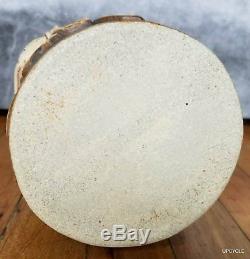 Signed "BR", beautiful applied design glazed with matte brown earthenware glaze. 6.5" t x 5" dia at it's widest. All in perfect condition, very well cared for - no repairs. It's very unusual to find these peices from this accomplished potter.

From the local estate of a Mid Century art collector that had an extensive modern studio pottery collection. Bernard Rooke was born in 1938. He studied at the Ipswich School of Art before moving on to the Goldsmiths' College, London. It was here, in his last year, that he decided to take up pottery. In 1960 he set up his own workshop in Forest Hill, London, sharing the premises with Alan Walwark.

Progressive designs were readily accepted in London at that time, and Rooke applied his efforts to making pieces of a sculptural nature. To supplement his income during this period he lectured at London University and at Goldsmiths' College. The early pieces were mainly fashioned by hand using coils and blocks.

Rooke found that whereas a work might not find a market as a piece of sculpture, if made into a lamp base it was more readily acceptable to the public. The lamp bases were, indeed, popular and have proved a mainstay until the present day. 1938 1955-59 Studied painting and lithography at Ipswich School of Art.

This item is in the category "Pottery & Glass\Pottery & China\Art Pottery\Studio/ Handcrafted Pottery". The seller is "bootleggerone" and is located in Carlton, Oregon. This item can be shipped worldwide.